I groom dogs for a living and this product is great! It’s so good when something natural can help. Especially with our pets, because we love them so much and would rather not medicate.

Louis likes the smell of the spray when it’s on his bed but he doesn’t like it sprayed around him. I think it could be the sound, but he is a funny boy – he doesn’t like anything unless it’s his idea. But he does sit in his bed a lot more when it smells like Stillness & Calm. And when people come over, he takes his toy and goes and sits in his bed. Whereas lots of times before he would be too excited to go to his bed.

And hilariously, after I sprayed Louis’ bed, I came back and found BOTH Louis and Holly in there together. They must really like it!

I gave the rest of my bottle to a friend who was looking after her Dad’s dogs when unfortunately he had to go into hospital. His little dogs were very, very anxious and she was applying Stillness & Calm to their collars and their bed and she said she noticed a difference. She’s had them before and they paced around and cried. This time they were more cuddly and quiet. She noticed a big difference with them. They’re really cute and are rescues, which is partly why they are such anxious pups.

She loves it! She says she likes to use it as perfume and we all do at Murphy’s Paw – we all LOVE spraying it on ourselves too! 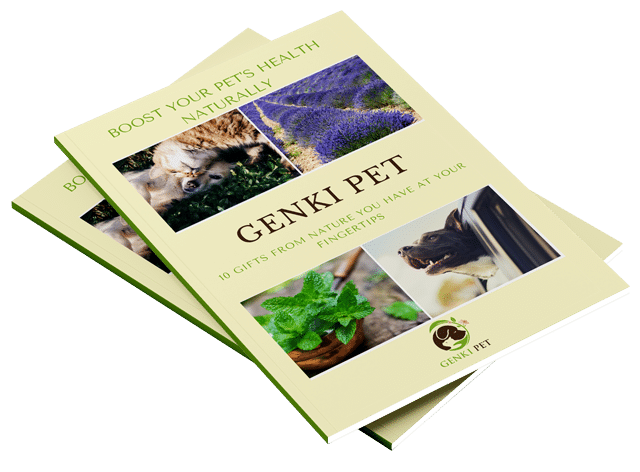 Boost your pet’s health naturally with your FREE eBook!